State agencies are unplugging telephone landlines in favor of more versatile cellphone plans. But in 2012, taxpayers paid for more than 5 million minutes of cellphone voice minutes that never got used, according to the latest performance report published by Vermont State Auditor Doug Hoffer. 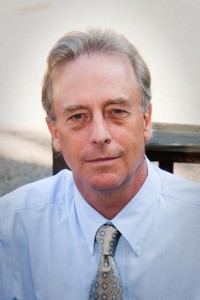 In 2012, charges for 3,080 state-issued cellphones totaled $1,646,995, according to the report. Hoffer’s office set out in January to gauge underutilization of the devices, and whether Vermont could save money by managing mobile plans better.

“Without consistent cellphone management practices and continuous monitoring of cellphone use, the State risks paying for cellphones that are not needed,” according to the auditor’s office report.

Hoffer estimates the state could save nearly $300,000 per year by trimming cellphone and smartphone plans for employees who don’t appear to use their mobile devices very much. Aside from millions of voice minutes paid for but never used (more than 85,000 hours worth), the audit found that almost no data — or very little — was accessed on nearly half of the bundled voice-and-data service plans.

Better protocols guiding cellphone management could also help save money going forward, Hoffer recommended. He found little to no consistency in how management decides which employees should be issued a cellphone, when the devices should be upgraded or how to monitor related costs.

Some statewide policies regarding cellphones do exist, but they touch on different aspects of the technology: The Department of Information and Innovation policy relates primarily to security, while the Department of Human Resources policy governs personal conduct on state-issued devices.

“In the absence of an overall policy framework, departments have developed their own policies which led to an inconsistent approach,” Hoffer said in the report.

Centralizing some policies could help with cost-benefit analyses, he suggested, especially as agencies and departments consider replacing landlines with cellphones.

For example, the audit uncovered an error in the Agency of Natural Resource’s fiscal analysis of its landline costs, prior to the agency’s canceling most of those lines to save money. They had used an average cost-per-minute of 15 cents for landline telephones, which DII determined to be overstated by no less than 13 cents. The actual cost was 2 cents per minute.

DII is authorized by statute to manage the state’s telecommunications infrastructure, but ANR did not contact the department for input into its landline study. Nor did ANR work through the Agency of Administration, which is “responsible for coordination of telecommunications initiatives among executive branch agencies, departments and offices,” according to the audit.

ANR is one of four agencies whose cellphone usage comprised more than 60 percent of the state’s total cellphone accounts included in the audit. The Agency of Transportation, the Department for Children and Families and the Department of Public Safety also dominated cellphone use.

Hoffer said the Agency of Administration’s response to the audit was exactly what he had hoped.

“Our intentions are to finalize, issue and implement the statewide telephony (landline and cellular device) policies by March 1, 2014,” Secretary of Administration Jeb Spaulding said in a letter responding to the audit.

The full audit report, along with Spaulding’s response and detailed plans for related action, can be found on the state auditor’s website.

Hoffer said before he took office in January, he got the idea for a review of state-issued cellphones from his review of successful audits from other states.

“It seemed interesting and might be of value,” Hoffer said. “And it was, and it is.”

Thanks for reporting an error with the story, "State cellphone audit uncovers waste"