Those are a couple of key findings from the Commonwealth Fund’s first Scorecard on State Health System Performance for Low-Income Populations, released this month.

“There are measures where the low-income population in the best performing states — like Vermont, for example — is better than the rate for high-income people in other states,” said David Radley, a senior scientist with the Commonwealth Fund and a lead author of the final report on the scorecard.

“Income and geography certainly matter,” he continued. “But being low-income doesn’t destine you to getting terrible health care or having terrible health outcomes. We see this type of pattern in states that have made a commitment to low-income populations, where they can rise above the national average for higher income people.”

The study, which drew from a range of federal reports and data sets, shows that Vermont has the fourth lowest rate in the country of residents who earn less than 200 percent of the poverty level. In Vermont, 31 percent of the population is below that marker.

Meanwhile, many of the states with the highest percentage of their populations earning below 200 percent of the federal poverty level also have the worst health care performance for low-income residents. 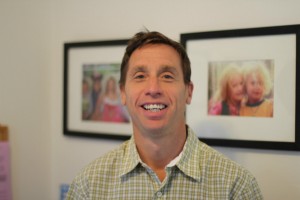 Vermont has the best track record in the country when it comes to low-income adults with a regular source of care, hospitalized patients who are given information on how to recover, and Medicare beneficiaries who do not receive ambulatory care that they should not.

“Vermont stands out so well on these indicators,” Radley said. “This comes from Vermont’s commitment to insuring people and to getting people primary care through the Blueprint for Health. Vermont clearly has a vision for what it wants its health care system to be.”

Vermont’s Blueprint for Health initiative began in 2003 and aims to improve health care results and control health care costs by better coordinating care. To read the 2012 report on this program, click here.

Sterling attributes much of the state’s success on the scorecard to its longstanding public health programs.

“Vermont residents are reaping the benefit of the public investment the state has made in funding a top-notch public health system with Catamount, VHAP and Dr. Dynasaur,” he said.

Dr. Dynasaur is a state Medicaid program for children. It covers a wide range of services and doesn’t require co-pays or deductibles. Monthly Dr. Dynasaur premiums for families earning up to 200 percent of the federal poverty level range from $0 to $15.

The state-subsidized Catamount and VHAP insurance programs currently help more than 10,000 Vermonters afford insurance. The programs, however, will end in 2014 when a new phase of the Affordable Care Act takes effect. While the hurdles to enrollment in these programs will disappear, such as being uninsured for a year, the end of these programs could leave many vulnerable Vermonters worse off (story).

Mark Larson is commissioner of the Department of Vermont Health Access, which oversees these programs and will manage the state’s new subsidy program. 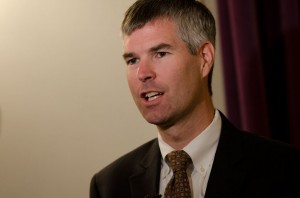 “I think that the financial help provided by the Affordable Care Act and Vermont starting in 2014 will provide help in paying for premiums to more Vermonters than we’ve ever seen before,” he said. “That will be a step forward. There will be others who will see changes in their premiums and cost-sharing that will not be consistent with what they experienced in VHAP and Catamount.”

Top in the country, but far from perfect

In the scorecard category of prevention and treatment, Vermont ranks No. 1.

But Vermont fares poorly on one of the major indicators of a successful primary care system: The state is 36th in the nation for potentially avoidable emergency department visits among Medicare beneficiaries.

“We say it’s a measure of emergency use, but these are emergency room visits that could have either been treated or avoided if people were getting enough primary care,” Radley said.

Vermont was ranked 49th for 30-day mortality rates for Medicare beneficiaries hospitalized for heart attacks, heart failure and pneumonia. Of those cases, 15 percent died. Radley said the statistical spread between the worst and best rates of 11 percent is too narrow to draw strong conclusions.

Two other areas where Vermont ranked below average was in obesity levels and dental care. According to the study, 35 percent of Vermonters aged 18 to 64 are obese and 16 percent have lost six or more teeth due to tooth decay, infection or gum disease.

Mark Larson said that while Vermont shines in some areas on the scorecard, it also shows where the state could improve.

“When it comes to access to health care, we agree it shouldn’t matter where you live or what your income is, and I think the report documents that it is all too often the case that it does matter,” Larson said. “It does document Vermont has progress to make, which is why it’s important that we move forward with making sure all Vermonters have access to care regardless of income and where they live.”

Thanks for reporting an error with the story, "Vermont ranks high in health care for low-income residents"