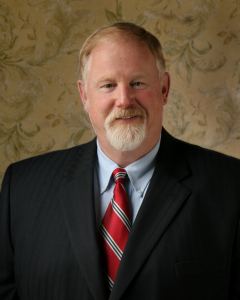 The Senate Health and Welfare Committee is calling for a “timeout” on the proposal to put a time limit on the state’s family welfare program. Breaking ranks with the Shumlin administration and the House, the committee is drafting a memo to the Senate Appropriations Committee, asking it to hold off on capping Reach Up benefits.

The committee isn’t dead set against the concept of a cap — committee chair Sen. Claire Ayer, D-Addison, said today that she supports it — but the majority of its members say the proposal is premature.

Gov. Peter Shumlin first floated the idea during his budget address in January. He proposed that families who have been on Reach Up for five years or longer be permanently removed from the program. The House included a similar proposal in its budget bill, but added a number of safeguards to delay and diminish the cap’s impact on families.

The committee is still putting the finishing touches on the memo — which gives their recommendations on human services-related line items in next year’s budget proposal — but members voted Friday to include a blanket rejection of capping Reach Up in fiscal year 2014.

During the weeks leading up to its decision, the committee heard from a number of advocates who were frustrated that the Shumlin administration didn’t seek their input.

“They [advocates who work with Reach Up families] just heard about it when the Legislature started. … It was really something they would have liked to have an opportunity to weigh in on,” Fox said.

David Yacovone, commissioner of the Department for Children and Families, maintains that the policy makes sense, regardless of who did or didn’t weigh in.

“If something is a good policy and is going to help children and poor Vermonters, process for me does not trump the substance of the policy,” he said.

The committee also wants some time to see if adding Reach Up personnel can negate the need for a cap. During the last years, 14 Reach Up case managers were intermittently pulled away from their normal duty — working one-on-one with families to help them meet the program requirements and find employment — to help out with eligibility screening in the Economic Services division of DCF.

Those case managers have now returned to the Reach Up program and resumed working with their families. Case managers serve, on average, 60 families.

Now that the program is adequately staffed, Fox said, she and other committee members think it’s likely that families will leave the program more promptly.

“We think that could make a huge difference,” Fox said. “The hope is when they [the 14 case managers] get back to their caseloads that using those kinds of smaller caseloads will give them more time to spend with their clients and probably make a difference in getting people jobs and reaching the goals of the Reach Up program.”

But Yacovone says when Reach Up was fully staffed, “the results still were not stellar. More and more people were staying on Reach Up for more than five years.”

The Senate Health and Welfare’s recommendation, Yacovone said, “is really clinging to approaches that haven’t been working. There is a thin line between being compassionate and enabling people.”

The committee also rejected DCF’s proposal to eliminate 14 Reach Up job counselor positions and use the money to hire mental health and substance abuse counselors. Here, too, senators said they felt that the policy vetting process had been rushed — the committee found out about this part of the department’s plan at the beginning of April.

Ayer said the proposal scales back job counseling without taking any concrete steps to provide more mental health and substance abuse treatment. The counselors that DCF plans to hire will be able to refer people to services, Ayer explained, but Reach Up participants will still be subject to long waiting lists that affect the entire state.

“We are not seeing [more] treatment. … They’ll be getting someone who is more empathetic, understands more about what they do, and may know what the resources are, but the resources right now are limited,” Ayer said.

Yacovone told VTDigger that the job counselors positions are superfluous to the program’s work — “Why would we ask taxpayers to spend money for something we do not need?” — and the money is better spent on mental health and substance abuse counselors. “How could it possibly hurt access?” Yacovone asked, in response to the committee’s position.

Christopher Curtis, an attorney for Vermont Legal Aid, which opposes a Reach Up cap, lauded the committee’s decision to reserve judgment.

“Calling a timeout on this whole Reach Up proposal is a prudent thing to do to make sure, if changes are needed, lawmakers at least have the opportunity to study all the options. My hope is that it will reset the whole Reach Up discussion to figure out how to not just save money but to help Reach Up families graduate successfully from the program,” he said.

Thanks for reporting an error with the story, "Senate Health and Welfare Committee rejects Reach Up cap"