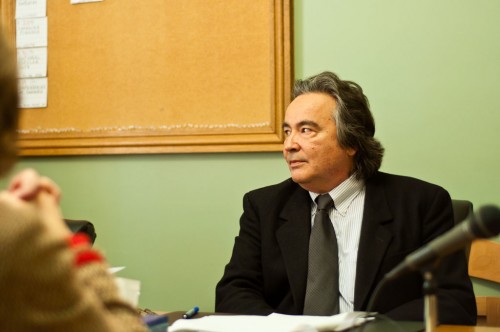 State senators are loosening Vermont’s donation limits for statewide candidates as part of a comprehensive makeover to the state’s outdated campaign finance law.

After much confusion, many questions, and some playful bargaining, the Senate Government Operations Committee settled on a consensus cap on donations. Under the pending legislation, which hasn’t yet emerged from committee, candidates for statewide office could accept up to $5,000 per election, up from $2,000 now. 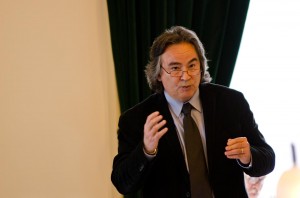 Sen. Anthony Pollina, P-Washington, pushed for lower contribution limits, which he said would curb the influence of money in politics.

But statewide candidates in 2012 elections from Democratic and Republican parties have suggested to Committee Chairwoman Jeanette White, D-Windham, that the advent of Super PACs in Vermont means that candidates need to raise more cash to compete. It's a refrain that has also been heard from the Democratic and Republican state parties in recent weeks.

“What they told me is that in a world without Super PACs, lower limits were more reasonable,” White said to her committee. “But it’s a whole new world with Super PACs that have unlimited contributions. And unless we can limit the contributions to Super PACs ... they need to have higher limits.”

Pollina fired back that this reasoning “sets up a scenario where everyone tries to outspend Super PACs, which no one can do, instead of finding a way to control the Super PACs.”

So-called independent expenditure Super PACs can spend and receive unlimited amounts so long as they don’t coordinate directly with a candidate’s campaign. The 2010 Citizens United decision by the U.S. Supreme Court allowed corporations and unions to donate to Super PACs without limit, though federal candidates remain barred from accepting corporate funds directly.

“I know there’s going to be ways around every one of them [limits], legally,” said McAllister. “So I don’t think we’re preventing anything.”

Another concern, raised by committee members like McAllister and Sen. Claire Ayer, D-Addison, was that low limits could open the state up to litigation. They feared a repeat of Vermont’s high profile loss in 2006, in which the U.S. Supreme Court struck down parts of the state’s campaign finance law as unconstitutional.

That 2006 decision left Vermont with an unclear and haphazard campaign finance law. Parts of the law, which date from the 1990s, have been deemed unconstitutional, according to Attorney General Bill Sorrell. 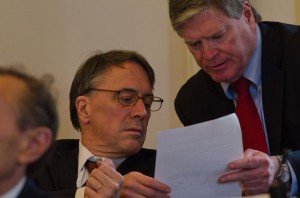 Other controversial new campaign finance proposals, like requiring top donors to Super PACs to include photos of themselves in TV ads, were rejected by the committee after the AG’s office expressed concerns about facing legal challenges to the provisions.

In a relatively late addition to the bill, Sen. Peter Galbraith, D-Windham, resurrected his unpopular measure from 2010, which bans corporate contributions to candidates. Although he’s proposed language to the committee, it’s unclear if they’ll include it in their final version.

Even if they don’t, Galbraith promises to bring up an amendment on the Senate floor. “This year, when the campaign finance bill comes up, everybody knows that I have the amendment prepared,” said Galbraith.

“To me, it should be a no-brainer. Federal law has banned direct corporate and union contributions since 1907, a ban put in place by the Republicans, incidentally,” Galbraith told VTDigger. Even states like Texas prohibit these donations, he said.

Although Vermonters pride themselves on clean government – the Senate passed a resolution last year protesting the Citizens United decision – Galbraith said that last year, “The real slogan of the Senate was: get corporate money out of politics, but not out of my campaign treasury.”

Galbraith says public companies have a fiduciary duty to promote the interests of shareholders. He argues that the measure would prevent the appearance of pay-to-play politics.

“So presumably they [companies] make campaign contributions, because they see that there is a benefit to the company: otherwise they couldn’t make them,” Galbraith said.

Since 2006, Sorrell has pushed the Legislature to reform current campaign finance laws, which were first crafted in 1997. The aim is to clarify and update the law, he said. Previous reform efforts were vetoed by Gov. Jim Douglas.

“It’s up to the Legislature to find the right place on that continuum between readily defensible, if challenged in court, and opening the doors to too much influence by wealthy corporate or personal interests," Sorrell said.

McAllister said the reality is that Vermont political campaigns must focus on fundraising. He told fellow lawmakers that when he started contemplating a run, “Everybody within the party, the political people, that’s the first thing they asked me: Well, how are you going to get the money?”

The Senate Government Operations Committee is expected to vote on the bill the Tuesday after legislators return from the town meeting break.

Thanks for reporting an error with the story, "Donation caps for statewide candidates could edge upwards"