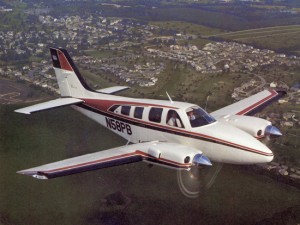 Editor's note: Inside the Golden Bubble is a political column.

The Shumlin administration has asked the Vermont Agency of Transportation to upgrade the state’s 51-year-old flying machine -- a four-seat 1962 Cessna 182 -- with a 2013 model, six passenger Beechcraft Baron.

Not many people even knew the state had a plane, and Gov. Peter Shumlin was among them until late last summer, according to his staff. But when the governor, who reluctantly deigned to campaign against his Republican rival state Sen. Randy Brock after Labor Day, realized it was at his disposal he decided to avail himself of the state’s wings to make his two jobs -- governing and hitting the trail -- a little easier. After all, Vermont is a tough state to get around in: Without a plane, even the governor can’t get there from here without long miles on the road.

Sue Allen issued a statement to reporters on Tuesday explaining the governor’s rationale: “Having dealt for a year and a half with the logistics of getting the governor to events and planning attendance and travel time, we decided to use the plane a few times when it made sense to do so.”

Trouble is, the plane has a few mechanical issues, according to Shumlin, including a door that likes to flap open. Maintenance of a plane nearly the same age as the governor isn’t easy. And so, the idea was hatched: Why not buy a new aircraft? And why not a state of the art piston-engine prop plane preferred by CEOs everywhere. The state, after all, the administration reasoned, needs to upgrade anyway. The Cessna is older than the Beatles and state employees who use it for airport inspections, emergency management, river management and other prosaic purposes are potentially putting themselves in harm’s way. Not to mention the governor.

But even Sen. Dick Mazza, D-Grand Isle/Chittenden, a bosom buddy of the governor’s, was appalled when the administration came into his committee -- Senate Transportation -- and made the pitch at a time when the state faces the worst budget crunch since the onset of the Great Recession.

Still, it was all going according to plan earlier this month until Paul Heintz, the political columnist for Seven Days, caught wind of the governor’s aviation aspirations. Heintz, as is his wont, dogged the issue two weeks in a row and discovered the governor hadn’t reimbursed the state for some of his campaign travel last fall as he flitted from one Vermont town to another on the taxpayer’s dime.

After Heintz’s most recent revelations, Jack Lindley, the chairman of the Vermont GOP, cried foul. The watchdog of the Republican Party in Vermont was roused from a post-election slumber to bark vociferously at the powers that be (i.e., the Democrats).

In a statement to reporters, Lindley accuses the governor of seeking to use the plane as his new vehicle of choice, now that Shumlin is chair of the Democratic Governors Association, for jaunts to Washington, D.C.

“I think the governor discovered the plane and glommed onto it,” Lindley said in an interview. “He thought it would be such a good idea to find a plane to carry him in great luxury.”

The Shumlin administration won’t say whether that’s the governor’s intent.

Lindley says it’s inappropriate for the governor to set aside money for a new state plane at a time when the state is looking at gas, fuel, property tax increases to shore up the state budget.

“It’s bizarre activity on the part of the governor and his administration and it’s not being very kind to hardworking Vermonters, asking us to pay for luxuries for him,” Lindley said in an interview. “It’s a typical plane used by small businesses to transport CEOs, and it’s fairly fast and efficient and it’s just something that’s used in private sector, not generally speaking in government, which has a limited role in which to use airplanes.”

Lindley said Vermont doesn’t have a governor’s mansion, either. (Shumlin’s proposal for better gubernatorial accommodations -- a four-bedroom apartment in the state’s Redstone Building last year -- was withdrawn quickly when it became apparent that it would be politically unpopular.)

The GOP chair also accuses Chris Cole, a policy analyst for the Vermont Agency of Transportation, of “falsely claiming” to reporters, Heintz in particular, that the Beechcraft is limited to a 400-mile flying range.

Cole denies that charge, says he doesn’t know anything about the limits of the Beechcraft’s range, and in turn accuses Heintz of misquoting him.

The 400-mile range information, however, was right on a fact sheet from the Agency of Transportation handed out to lawmakers on Feb. 8.

The actual range of the Beechcraft Baron is about 1,500 miles. The distance between Montpelier and Washington, D.C.? 544 miles, according to the Google.

Cole has said the new plane would be used for its old purposes -- aerial surveys, mapping and photography.

But Lindley says that the new high-speed, low-wing aircraft would be difficult for state agencies to use for the ostensible purpose of observing forests and taking pictures. The 1962 Cessna, by comparison, is a relatively slow and “practical aircraft,” he says.

“The information given by Chris Cole was inaccurate and was borderline mischievous on his part,” Lindley said. “I thought our state employees would rise to better level than sustaining the governor’s desire to travel at taxpayers’ expense.”

Instead of addressing Lindley’s allegations with regard to the new plane, the Shumlin administration staff has been busily justifying the use of the old one.

The Governor has used the state plane five times in 2 ½ years, each time on official state business. On one occasion (Sept. 27) he ended his day at the Middlebury airport and was driven to a campaign house party and then home; he did not use the plane for that event, and once the Governor's office realized it received a single block invoice for travel that day, it asked for the incremental cost of ending the day in Middlebury and asked the campaign to reimburse the $65.80 cost of returning the plane to its home base in Berlin. We have also asked that any future use be billed by leg so that it can be reviewed.  The Agency of Transportation has concerns about the safety of this aging plane and will handle repairs and/or the lease of a replacement as it sees best for the state.

Meanwhile, the governor has put off plans to buy the Beechcraft this year.

Editor's note: This story was updated at 6:16 a.m. Correction: The plane is a piston-engine prop plane, not a jet as originally reported.

Thanks for reporting an error with the story, "Inside the Golden Bubble: Public plane for private gain?"