Editor’s note: This essay is part of a series excerpted from “Maverick Chronicles,” a memoir-in-progress by Greg Guma, a longtime Vermont journalist. This is the third installment. All of the essays in the series can be found here. 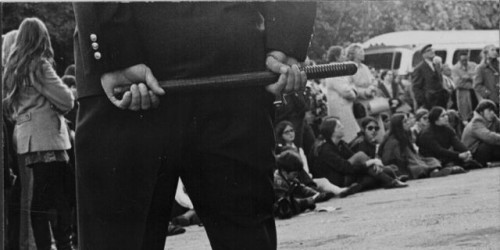 Peace and police at a Bennington anti-war demonstration. Photo by Greg Guma

Like a rising tide that had reached its limit, the roaring '60s crashed to a climax with a wrenching change of direction. The decade that began with Camelot dreams ended with an eruptive rush of anxiety and fear.

As racial tensions smoldered in Malaysia and the Soviet Union cracked down in Czechoslovakia, there were military coups in Syria, Libya, Somalia, and the Sudan, border clashes between Chinese and Soviet troops, race and campus riots across the United States, and dozens of airplane hijackings. In Northern Ireland, the bloody era known as The Troubles began. In a way, that name said it all.

Ensconced in the White House, President Nixon talked about “peace with honor” in Vietnam but ordered the secret carpet bombing of Cambodia. Between 1969 and 1973, the U.S. Air Force dropped half a million tons of bombs on the country and killed someone for every ton, drove rural people into the cities, destroyed the agricultural system, and caused a famine that was later blamed on the Khmer Rouge. The United States would soon begin withdrawing troops from Vietnam but the tragedy and violence in Southeast Asia were widening.

At home, confrontations between power and the people intensified – even famous people like Muhammad Ali, convicted for refusing to serve in the Army, and Timothy Leary, sentenced to 10 years in prison for marijuana possession.

In May 1969, when thousands of protesters tried to stop the University of California from building dorms on the site of People’s Park in Berkeley, Ronald Reagan, California’s movie star governor, placed the city under martial law, complete with riot police and tear gas-spraying helicopters. An FBI memo later revealed his plan to wage “psychological warfare” on the state’s college campuses.

Far from the action in a small New England town, covering school boards and ribbon cutting ceremonies, I was frustrated and angry. Vietnam was in flames, violence and repression threatened my own country, and here I was, seeing it happen but doing nothing.

Then I remembered Lincoln Steffens, my favorite muckraker and high school literary role model. As a teenager I had been drawn to writers – Hemingway, Fitzgerald, and Dos Passos, as well as Jack London, the muckrakers, and the “lost generation” of the 1920s. It was a rich literary world of post-war angst, business and government corruption, surrealist art and radical politics.

Officially, this was called junior year English. But in reality, due to a teacher who let students select research topics from a diverse menu, it became Political Science 101.

In the process I discovered Steffens, who had chronicled the sad story of American cities in the pages of McClure's Magazine from 1902 to 1904. Perhaps the most philosophical and consistent of the period’s journalists, he studied in Europe in the late 19th century, notably in the laboratory of Wilhelm Wundt, and became a journalist upon returning to New York. By the time he unraveled "the shame of the cities," his intention was not the mere presentation of facts for public judgment.

"This is all very unscientific," he wrote, "but then, I am not a scientist. I am a journalist. I did not gather with indifference all the facts and arrange them patiently for permanent preservation and laboratory analysis. I did not want to preserve, I wanted to destroy the facts. My purpose was no more scientific than the spirit of my investigation and reports; it was....to see if the shameful facts, spread out in all their shame, would not burn through our civic shamelessness and set fire to American pride. That was the journalism of it. I wanted to move and to convince.” 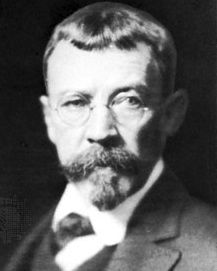 As the country drifted on a sea of expedience, Steffens concluded that fact-finding alone would not change its direction. He looked at the world through the eyes of an idealistic advocate, and concluded that the "master methods" of "despised businessmen" and "braggart politicians" were also practiced by the population at large.

"The boss is not a political, he is an American institution,” Steffens wrote, “the product of a freed people that have not the spirit to be free. And it's all moral weakness; a weakness right where we think we are strongest....We are responsible, not our leaders, since we follow them."

As a study of interest-group dynamics, Steffens' reporting demolished the myths that corruption came from the bottom of society, that it was just a sign of "growing pains," that the immigrant was lawless, the politician innately bad and the businessman innately good. The Shame of the Cities was a devastating progress report on the American Dream.

In the early 20th century, muckraking writers made an articulate case for government intervention and regulation. Nevertheless, attempts by President Theodore Roosevelt to challenge the power of business met stiff resistance in Congress. Steffens eventually labeled it a "chamber of traitors" and turned his eye toward corruption at the federal level.

Ultimately, he and the president parted company when Roosevelt found himself and his congressional allies under attack. The break came in February 1906 with the launch of a series on political corruption by David Graham Phillips in Cosmopolitan. They called it "The Treason of the Senate."

In Steffens’ view, Roosevelt had become a "careerist on the side of the people." In any case, he felt that a revolution in moral concern would not emerge from the White House or Congress. By 1908 he had turned away from muckraking and toward a form of socialism founded on Christian ethics, then later toward the Russian Revolution, and finally back to journalism in the 1930s.

Like Lincoln Steffens, I could do more than report. I could move and convince people. The task was to lay out the “shameful” facts in a way that would ignite civic conscience and the impulse to change.

There was little local anti-war activity, except among Bennington College students who mainly kept their protests on the campus. But there were certainly numerous examples of injustice, and it would not take much to uncover them. Not far from downtown, for example, poor families lived in complete squalor. Local ghettos had existed for years, neglected and out of sight. I decided to make them impossible to ignore. 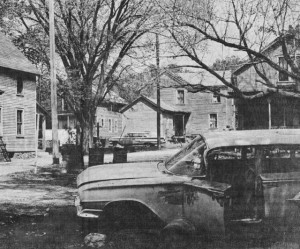 Green Mountain muckraking: from a May 1969 Bennington Banner expose on a local ghetto. Photo by Greg Guma

My first newspaper expose, published on Memorial Day weekend in 1969, was titled “Welcome to Carrigan Lane.” It was profusely illustrated, on a Saturday feature page, with photos of tenants and their grotesque living conditions – broken pipes, lack of running water, roofs with gaping holes, un-insulated walls, and all manner of hazards that endangered children.

The article largely let the poor tenants speak for themselves. It also pointed to why such conditions had been allowed to fester for so long: Bennington had no housing codes.

The response was all that I hoped – outrage and sufficient public pressure to force village officials to act. A study committee decided that minimum standards and effective enforcement were essential solutions. It would take a few years for the practical outcomes to emerge. But muckraking had sparked a local reform movement with the potential to improve the living conditions of those who did not have a voice or well-placed friends downtown.

Signs of the time

The teletype brought daily evidence of polarizing change. Less than 200 miles to the south in Greenwich Village the struggle for homosexual rights was raging, sparked by days of fighting between police and patrons outside a gay bar called the Stonewall Inn. It became known as the Stonewall Rebellion.

At times it felt like the country was descending into a maelstrom of violence. In Baton Rouge, the National Guard was called out to handle racial conflict. In York, Pennsylvania’s “White Rose City,” once the capital of revolutionary America, Mayor Charles Robertson handled a riot, after a young black woman was murdered, by distributing ammunition to white gang members. "Kill as many niggers as you can," he allegedly told them.

California’s Zodiac killer was winding down his spree, but actress Sharon Tate and four others were brutally murdered in her Beverly Hills home. The world would soon meet Charles Manson and his bizarre cult followers.

Almost as if fueled by the violence in the air, Ohio’s polluted Cuyahoga River caught fire. 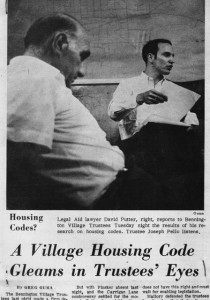 There were two hopeful and unprecedented events in the last summer of the decade. On July 20, Neil Armstrong took his legendary "one small step for man, one giant leap for mankind” on the moon. Several weeks later, more than half a million people gathered peacefully on a farm in upstate New York for the largest concert in history – The Woodstock Music and Art Fair. Even torrential rain couldn’t stop young music lovers from celebrating peace and living in harmony. At least for a few days.

But those memorable moments were just a brief respite before more storms. Compelled by a deep sense of foreboding, I began writing my first editorial page columns in the late summer of 1969. The kicker – the phrase that appears above a column’s headline -- was “Polarities in Our Time.”

Each week I would reflect on the growing division in a country wracked by assassinations, self-righteous backlash, political disintegration, and the impotence of liberals. By examining prejudice, hypocrisy and stereotypes, I hoped to convince the community that the cause was not hippies, gays, militant blacks or anti-war protesters but rather the nation’s misdirected policies and failed leadership.

Eventually, I found my way to a subject that encapsulated the dynamic – the trial of the Chicago Eight. Here was clear evidence that the empire was striking back. The “power structure” apparently could not allow the riots during the Democratic National Convention in 1968 to be remembered as a time when police, said to be protectors of democracy, became the brutal aggressors. If someone else was found guilty the authorities – and in a larger sense the government – might still be vindicated.

Such was the twisted logic of the time.

Next: Bennington College, breaking down, and the road north

Thanks for reporting an error with the story, "Maverick Chronicles: Living with polarities"