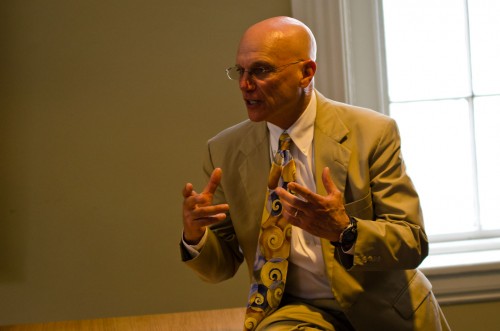 Legislation that would require utilities to purchase green energy will go back to the drawing board, according the chair of the House Committee on Natural Resources and Energy.

The bill, H.468, would have required utilities to purchase 80 percent of their power from qualifying renewable sources in 2025.

The bill set out ambitious goals for utilities, but after weeks of testimony, the second draft eased these qualifications by requiring 75 percent renewables by 2032. Thirty-five percent of those would have to come from “new” generation that came online after Dec. 31, 2004.

Vermont is the only state in New England that does not distinguish between small and large hydroelectric projects and deems both types renewable.”

The result is lower rates, but because utilities in Vermont are double dipping, the power is considered “brown” power -- even if it comes from something like a wind turbine. This is a result of selling the credits or “environmental attributes.”

Utilities and some business groups have lobbied for the ability to keep these credits. Requiring utilities to retire them in the state will raise costs for ratepayers, they claim.

The renewable energy bill has seen somewhat of a softening in recent weeks. Klein said he plans to go back to the original version of the legislation.

Klein said he plans to propose that “new” renewables include projects that go online in 2012, not 2005, and that by 2025 utilities carry 30 percent of these “new renewables” in their portfolio.

Klein said he plans to propose another “standard offer” for small renewable energy projects that will guarantee long-term contracts between producers and utilities.

Klein proposes limiting the “new renewable” category for these dams to those online after 2012 and limiting the amount of what a utility can claim in its portfolio as an even smaller percentage of that “green” power.

“Hydro-Quebec is never going to be able to build a new dam and say all the power they are selling to Vermont came from that dam,” Klein said.

As for these renewable energy credits, which utilities currently sell in large part to Massachusetts or Connecticut, they must be paired with the electricity at least for new projects, Klein said.

“We were not happy with the first two drafts,” he said. “They were way too complex, way too long and they did not deliver enough.”

While Klein and his committee got kudos from some local businesses at a press conference Thursday by Renewable Energy Vermont, at least one business group said the legislation goes too far.

“Why are we trying to make things more expensive and more risky for businesses,” he said.

With Vermont’s small size and limited industry, Driscoll said, it absorbs more carbon than it emits. That’s according to a study by the Douglas administration three years ago.

With programs like the standard offer, Vermont already has a great deal of renewable generation, Driscoll said, and more small renewable projects can lead to reliability issues in addition to the increased costs.

Thanks for reporting an error with the story, "Committee starts over on renewable power bill"