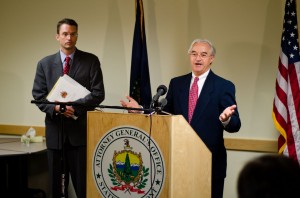 Entergy Corp. filed a motion with the U.S. District Court on Friday to recover $4.6 million in legal fees for its lawsuit against the state.

The Louisiana company prevailed in federal court on Jan. 20 when Judge J. Garvan Murtha struck down two state laws that required Entergy to seek approval from the Legislature to continue operating Vermont Yankee Nuclear Power Plant past its 40-year anniversary and to store high level nuclear waste at the plant site.

The state has 30 days to appeal the decision.

Entergy says it is entitled to an award of attorneys’ fees because it also prevailed on its claim under the Commerce Clause.

Chanel Lagarde, spokesman for Entergy, said in a written statement that “the law allows for the prevailing party to seek recovery of attorney’s fees.”

“We believe this is the appropriate next step for our company in this case where we were compelled to challenge several Vermont state laws that we believed were unconstitutional and were in fact found to be unconstitutional,” Lagarde said.

Sorrell said “they threw a lot of legal horsepower at us, they went into the record extensively and they charged New York City rates.”

Entergy hired Kathleen Sullivan, the dean of Stanford Law School, to litigate the case. Sullivan was on the short list of candidates for Obama’s recent Supreme Court appointment, and she has been described as “one of the most trusted advocates before the United States Supreme Court.” Sullivan unearthed a detailed record in which she said lawmakers made references to safety as justification for a decision to deny Entergy a permit to continue operating the 40-year-old nuclear plant for an additional 20 years. States can't regulate the safety of a plant under federal law; safety is the purview of the Nuclear Regulatory Commission.

The state can challenge the amount of the fee, Sorrell said. “This is a long way from over,” he said.

Sorrell said his office can question whether the lawyers’ hourly rates and the amount of time they spent on the case was reasonable. Entergy can’t claim relief for any legal work related to the questions about the reliability of the nuclear plant, he said.

It’s not unusual for litigants to go through a mediation process and retain experts to review attorneys’ fees, according to Sorrell.

“It’s not that they get to say this is what you give us,” Sorrell said. “There’s a lot of lawyering to be done on a request of this magnitude.”

Sorrell pointed to the prescription datamining case as an example of how the state has negotiated with other litigants. The state lost the case against IMS, a drug datamining company last summer in proceedings before the U.S. Supreme Court. The attorney general said he couldn’t reveal how much IMS is requesting for attorneys’ fees, but he said the state is negotiating with the company to reach a settlement. The state has already settled with one of the litigants in the case, Pharma, an advocacy group affiliated with IMS for about $1.75 million.

Will Entergy’s $4.6 million request affect Sorrell’s decision to appeal? “Not really,” he said.

“Some have speculated that we would be intimidated by the amount not to go further with an appeal,” Sorrell said. “Others have said it reinforces the reasonableness of an appeal because if the decision is overturned we don’t pay a dime. We’ll look at the appeal on its own merits.”

Cheryl Hanna, a professor at Vermont Law School and an expert on constitutional law and the U.S. Supreme Court, said the judge ruled that the state of Vermont violated Entergy’s constitutional rights and that entitles Entergy to legal fees.

“As a general rule, we allow that,” Hanna said. “We want to give incentives to enforce constitutional rights even when there is no money involved.”

Vermont doesn’t have to pay damages, she said, but “we allow for requests for attorneys’ fees so that lawyers will take these (constitutional rights) cases.” Hanna said fees are requested for a wide range of cases whether the litigants are inmates or multi-million dollar corporations.

Hanna says it will be up to court to decide how much to award.

“Unless the state prevails on all counts, we will probably end up paying for Entergy’s lawyers,” she said. “We don’t get a discount rate because we’re in Vermont. The court will force us to pay New York rates.”

Last year, the Shumlin administration pushed for a “billback” provision that requires Entergy to pay the state’s legal fees. Sorrell advised the Legislature to move ahead with the change in statute, which would make Entergy Corp. liable for the state’s legal expenses, including responses to public records requests and the preparation of litigation in the case.

Whether the court would honor this provision, in light of the judge’s dismissal of the state’s authority in matters of pre-emption, is an open question.

Thanks for reporting an error with the story, "Entergy seeks $4.6 million in legal fees from state of Vermont" 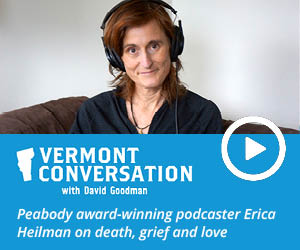