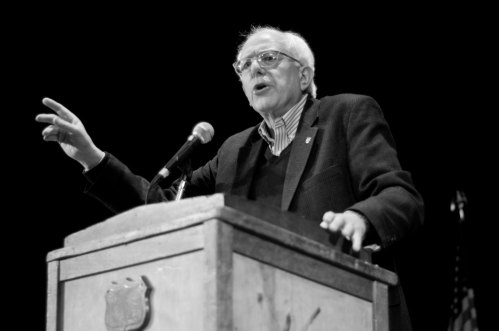 Gov. Peter Shumlin credits Sen. Bernie Sanders, I-Vt., for bringing a new multi-million dollar Center for Energy Transformation and Innovation to the state. Sanders was “like a dog with a bone” on the issue, recalled the governor at a joint press conference on Monday.

The project, a partnership between Sandia National Laboratories, the University of Vermont, Green Mountain Power and Vermont businesses, will create “a revolution in the way we are using power,” Shumlin predicts.

Over the next three years, the center will have up to $15 million to accelerate energy efficiency, move toward renewable and localized sources of energy, and make Vermont “the first state to have near-universal smart meter installations,” Sanders announced. Sandia will invest $3 million a year, Shumlin added, along with $1 million each from the Department of Energy and state coffers.

For Sandia, the arrangement provides “a way to understand all of the challenges that face all states,” Stulen explained. Vermont’s size makes it more possible “to get something done,” he said, adding that considerable integration has already occurred with the university, private utilities and other stakeholders.

Vermont’s reputation for energy innovation recently attracted $69.8 million in US Department of Energy funding to promote rapid statewide conversion to smart grid technology. This has been matched, said Sanders, by another $69 million from Vermont utilities.

“We have to turn the grid from a one-way into a two-way street,” Stulen explained.

Beyond that, the center will also look into the implications of more electric vehicles and how to provide enough power to recharge them at night.

Sanders said that Vermont has already shown Sandia that its utilities can work together. Powell, the GMP executive, said Sanders’ chief of staff, Huck Gutman, helped to make the center a reality.

Joint efforts between GMP and Sandia began two years ago, Powell noted. The goal is to make Vermont “a national example of how to deploy smart grid technology across a state, along with renewable generation and really demonstrate that we can handle the security issues that come with that.”

One of those issues is that having numerous interactive devices on two-way networks creates new risks. According to Kenneth van Meter, manager of energy and cyber services for Lockheed Martin, “By the end of 2015 we will have 440 million new hackable points on the grid. Nobody’s equipped to deal with that today.”

Asked about such cyber threats, Stulen acknowledged that use of “more portals” creates more potential threats, but added that “we think this is a manageable situation. In fact, the benefits far outweigh the risks.”

In the category of benefits, Stulen pointed to the potential for lowering utilities bills by being able to monitor home energy use. But security issues will also be a focus. “We don’t see it as an overriding issue right now, but as a national laboratory our job is to anticipate the future,” he said.

Powell added that Vermont’s partnership with Sandia could increase its ability to deal with cyber security issues. “We are going to create a great example for the rest of the nation,” she said.

“The federal government has invested $4 billion in smart grid technology,” Sanders noted, “and they want to know that we’re going to work out some of the problems as other states follow us. So Vermont, in a sense, becomes a resource for other states to learn how to do it, how to overcome problems that may arise.

“In many ways, we are a laboratory for the rest of this country in this area,” Sanders continued. “And with Sandia’s help, I think we are going to do that job very effectively.”

The new center will be based at the UVM. Bramley, who became interim UVM president last August, said that collaborating with Sandia will have broad-ranging educational value through the state.

Last summer, an exchange program was established between Sandia and the university, with nine students and several faculty members worked on smart grid-related project. The center has also offered short courses on smart grid modernization for Vermont utility staff, and energy-tech company management.

The last question at the press conference concerned the dispute in Burlington that erupted earlier this year over an agreement between the city and Lockheed Martin, which manages Sandia Labs for the Department of Energy. After months of study and debate, the City Council adopted a community standards resolution, largely in response to public criticism of the deal with Lockheed signed by Mayor Bob Kiss. Kiss vetoed the resolution.

Sanders challenged the description of Lockheed as “a parent company” of Sandia, and Stulen followed with what he called “some myth-busting.” All national laboratories are required to have “an oversight board provided by the private sector,” he said. “So, Lockheed Martin does provide oversight, but all of the work is done by Sandia National Laboratories and we’re careful to put firewalls in place between the laboratory and Lockheed Martin.”

Sandia was founded in 1949 and has roots in the Manhattan Project, which helped develop the atomic bomb during World War II. The company’s website describes its work during that period as “ordnance engineering,” which involved turning the nuclear innovations of the Los Alamos and Lawrence Livermore labs into functioning weapons.

Revenue figures indicate that most of Sandia’s revenue continued to come from maintaining nuclear weapons and assessing defense systems. Its primary headquarters is on Kirtland Air Force Base in Albuquerque, NM, where about 7,500 people are employed. The other big lab is in Livermore, CA, employing another 1,000. Known in the past as a “national security lab,” Sandia’s 21st century mission has expanded to include “security of the smart grid.”

A statement by Sanders released at the press conference notes that although the United States has 17 national labs doing “cutting edge research,” none of them are located in New England. That was what he hoped to change after visiting Sandia’s New Mexico headquarters in 2008.

“At the end of the day,” recalls Les Shephard, Sandia vice president for energy, resources and nonproliferation, “he turned to the laboratory director and said, ‘I’d really like to have a set of capabilities like Sandia in New England — and very much so in Vermont.’ And that’s how it all evolved.”

In January 2010 Sanders took the next major step – organizing a delegation of Vermonters to visit Sandia. The group included Green Mountain Power CEO Powell; Domenico Grasso, vice president for research at the University of Vermont; David Blittersdorf, co-founder of NRG Systems and CEO of Earth Turbines; and Scott Johnston, CEO of the Vermont Energy Investment Corporation, which runs Efficiency Vermont.

“It occurred to me,” Sanders recalled Monday, “that we have the potential to establish a very strong and positive relationship with Sandia here in the State of Vermont.” His hope is to make the current thee-year arrangement “a long-term presence” between the lab, UVM, utilities and other businesses.

“From an environmental, global warming and economic perspective, it is enormously important that we transform our energy system away from fossil fuel to energy efficiency and sustainable energy,” Sanders said. “And working with Sandia and their wide areas of knowledge – some of the best scientists in the country – we hope to take a state that is already a leader in some of these areas even further.”

“This is a really exciting development for Vermont,” added Shumlin. “We have an extraordinary opportunity to show the nation how to use smart grid, how to use energy efficiency to save money for businesses, and for consumers. And how to insure that Vermont is the leader in getting off our addiction to oil.”

Shumlin added that people ask him how Vermont snagged so much money per capita for this project. The answer, he says, is the partnership that this new center will foster and represent. “It’s a huge opportunity and a huge accomplishment.”

Thanks for reporting an error with the story, "Sandia Center at UVM will accelerate smart grid transition"

If students go to a party, can they then go to school? State mulls a policy decision